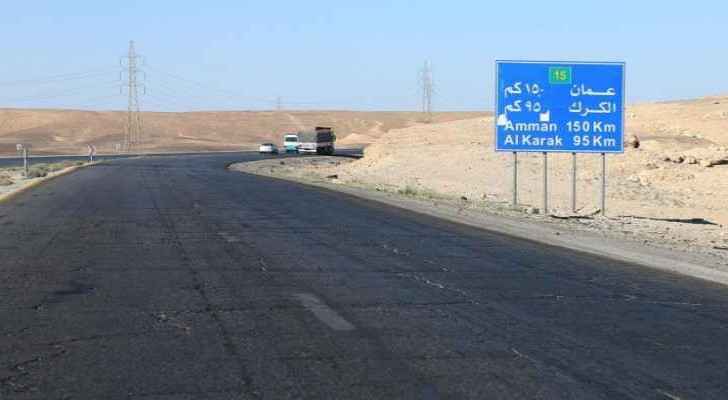 The Committee of Public Services and Parliamentary Transport Assembly held a meeting on Sunday to discuss the most prominent developments on the Desert Highway and Baghdad International Highway as well as
The Bus rapid transit (BRT) project linking Amman with Zarqa.

The head of the committee, in the presence of Minister of Public Works and Housing Falah al-Amoush said that the committee will mobilize parliamentary efforts to request a public discussion session regarding the Desert Highway project.

He added that the committee's decision came as a result of the government's violation of the recommendations made by the House of Representatives on the implementation of the Desert Highway project which consists of three lanes in each direction. He pointed out that the government has approved the 325 million dollars road maintenance proposal which will have two lanes from Amman to Aqaba, and three from Aqaba in the direction of Amman.

He stressed the need to implement the project in its entirety without compromising the implementation of some of its parts as it is the lifeline and the main link between northern and southern Jordan, and called on the government to provide all possibilities to implement the third route at a cost of 50 million dollars.

He explained that the government's decision to cancel the work of the third trajectory will reflect negatively on the condition of the road as well as the satisfaction of the citizen who need the road completed to serves all sectors, especially in investment, economic and tourism fields.

The deputies criticized the committee’s decisions which are contrary to their recommendations, stressing that this project cannot handle any delay or change as it is considered the main nerve of the economy, especially that Jordan is now open with neighboring countries and through trade movements which require the road to be finished.

For his part, Minister Al-Amoush said that the Desert Highway project was allocated with 225 million dollars to build two additional lanes in each direction.

Regarding the Baghdad International Highway, Minister Amoush said that the suspension of the maintenance of the road works from Baghdad to Amman is due to lack of allocations listed on the state budget for this purpose.

Al Amoush commented regarding the BRT project which will link Amman to Zarwa that it will be ready for service by next year in conjunction with the BRT in Amman, pointing out that the government borrowed 137 million Jordanian dinars from the Social Security Fund.