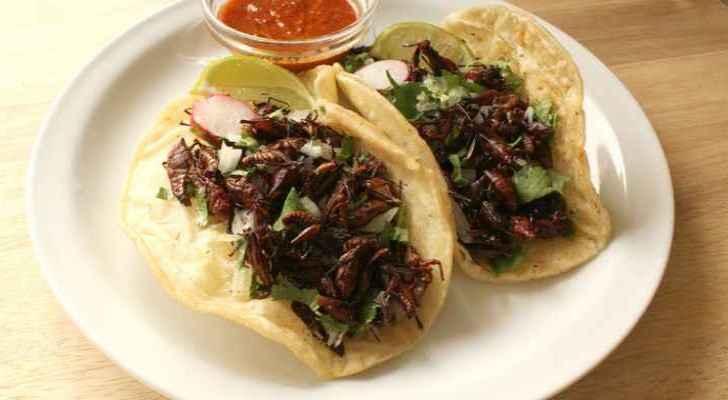 When the ancient residents of the Arabian Peninsula were attacked by locusts, they would kill and eat them by separating the head, wings, and legs and leave them in the sun to dry.

Locusts, like many insects, are an excellent source of protein. According to the Encyclopedia of Science, they contain 62% protein, 17% fats and elements such as magnesium, calcium, potassium, manganese, sodium, iron and phosphorus.

Locusts are short-horned grasshopper species, they have strong backpacks that allows them to jump 20 times the length of their bodies.

In fact, eating locusts has many medical benefits. They are known for treating many mysterious environmental diseases and providing the body with energy.

Here are some of the benefits of eating locusts:

- One of the most effective stimulants

- Treat rheumatism and back pain

- An effective sexual stimulant especially for the elderly

Desert Locusts: Usually found in desert areas such as Morocco, Mauritania, Africa, the Arabian Peninsula, Yemen, and West Asia. The female can lay about 95-158 eggs at least three times in her life.

Tree locusts: Found in the Mediterranean Basin and Africa.

Locusts were prepared in different ways throughout history. Ancient Libyans would kill them, separat the head, legs and wings from the body, put them under the sun to dry, then grate and mix them with sheep or cow milk.

Yemenis used to dry locusts under the sun for a year before eating them, while others would grill them over a fire.

A few days ago, Saudi Arabia warned its citizens against eating locusts, which is considered one of the most popular dishes in the Kingdome. Saudi authorities have been cautioning citizens to not indulge in locusts as they can be poisonous as they feed on plants sprayed by pesticides.