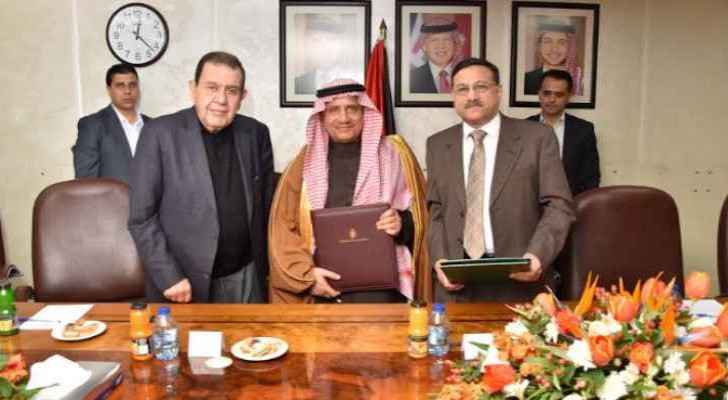 An agreement was signed between the Kingdom and the Arab Monetary Fund (AMF) on Thursday for 96 million dollars, under the framework of facilitating structural adjustment in the financial and banking sector.

With the signing of this loan, the number of loans granted by the AMF to the Hashemite Kingdom of Jordan has so far reached 23 loans, with a total value of about USD 778 million.

The Fund has provided credit facilities to finance Jordan's foreign trade through the Arab Trade Finance Program. The fifteen Jordanian agencies accredited to the program have entered into 65 credit line agreements with a total value of US $ 1,125 million. The ceiling allocated to the Hashemite Kingdom of Jordan to benefit from the Trade Finance Program Facility is US $ 165 million, of which US $ 100 million is currently used. IFAD and program funding to Jordan will therefore be valued at approximately US $ 2 billion.

Jordan also benefits from the technical assistance programs that support the reform efforts in the Arab countries. The Fund provides training opportunities for the Jordanian technical cadres working in the Central Bank of Jordan, the Ministry of Finance and the financial, monetary and statistical agencies through the Institute of Economic Policies of the Fund. In this context, 788 Jordanian cadres participated in the courses, workshops organized by the Fund in various economic, banking, monetary, financial and statistical fields.