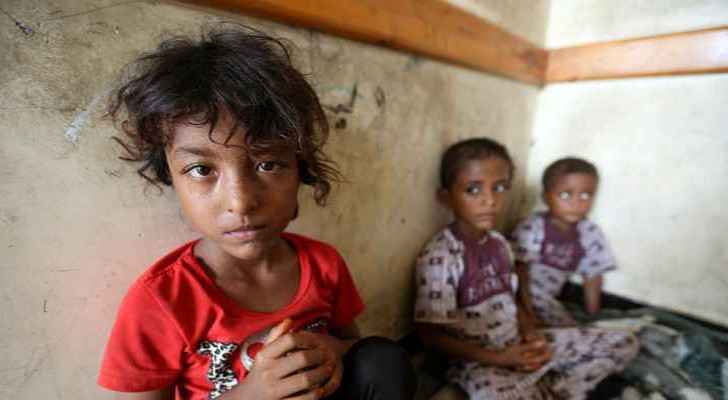 The United Nations World Food Program (WFP) warned that a whole generation of Yemeni children could be lost due to persistent malnutrition.

According to Reuters, the United Nations is pushing towards the implementation of the cease-fire agreement, and the withdrawal of troops from Hudaydah which was reached in December in Sweden, and that Hudaydah is the main entry point for most of the Yemeni imports.

The main goal of the ongoing peace talks is to bring in 51,000 tonnes of wheat and grinding equipment provided by the United Nations to Hudaydah, and it is estimated that about 70 percent of the population fled the city because of the fighting.

The four-year-old war in Yemen has killed tens of thousands of people and caused the economy to collapse and pushed millions into famine.

Since March 26, 2015, a Saudi-led Arab military alliance has been carrying out operations to support the Yemeni army loyal to President Abed Rabbo Mansour Hadi to restore areas seized by Ansar Allah in January of the same year.

Yemen has the worst humanitarian crisis in the world, with thousands killed and wounded according to the United Nations, and 22 million people, about 75 percent of the population, need some form of humanitarian assistance and protection.