US General: American citizens should be proud of our support to Jordanian military

US General: American citizens should be proud of our support to Jordanian military 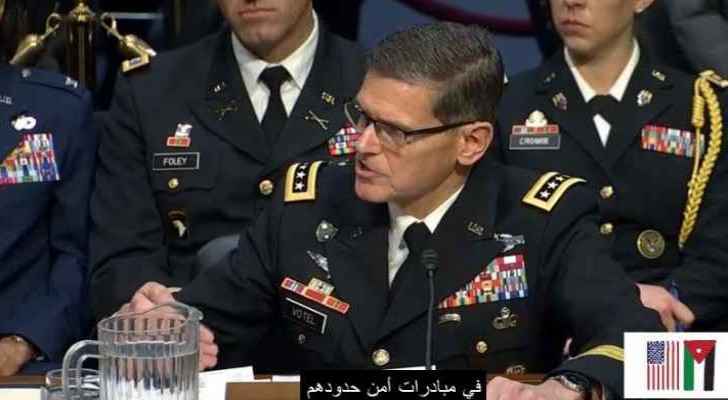 The US military partnership between the United States and Jordan is permanent, said Gen. Joseph Votel, commander of the U.S. Central Command to the Senate Armed Services Committee on Tuesday.

The American general praised the Jordanian army and the security of its borders, and expressed admiration for the great awareness of the soldiers and the border guards when he visited the Jordanian-Syrian border during his presence in the Kingdom a few days ago.

“Last week I was in Jordan. I had an opportunity to visit the border -- up along the border between Jordan and Syria. And I had an opportunity to witness the investments that our country has made in their border security initiatives -- equipment, training, command and control for this. And what I witnessed there I think would make any member of Congress or indeed, any American, very proud to see.
It was extraordinarily professional, it was very effective; they had very good situational awareness and understanding of what was happening along their border. And everything that they were doing was sustainable. And they'd been doing it for several years, and with the prospect of continuing to do it in the future. This is the kind of investments that we need to be making in these very good partners right here, like Jordan.”