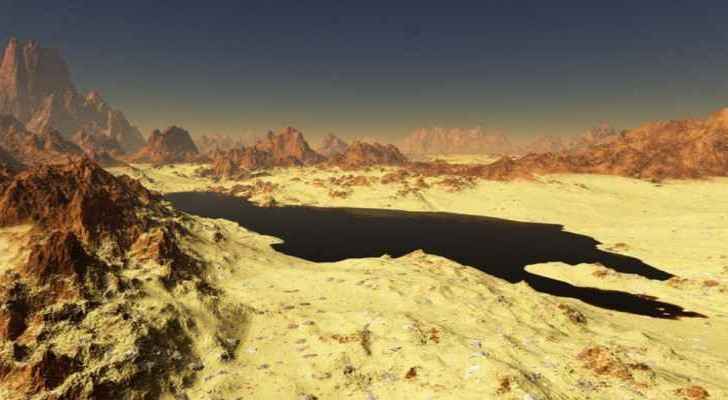 An Iraqi researchers said that the Saladin oil field in Iraq is estimated to be the size of the Caspian Sea, between Iran and Russia.

According to Al-Arabiya, the region is floating on a sea of oil, despite the fact that this area is under the burden of difficult economic conditions after years of war, and the calls to start excavation are unanswered.

Researchers in the province of Saladin call to establish a company specialized in oil and gas exploration to invest in the oil fields within the limits of the province, in order to support the local economy, indicating that the political and technical conditions are the main obstacle to the investment of these natural resources.

The Iraqi researcher and writer Raad Hashim said that according to studies conducted by engineers and geologists, the province of Saladin is floating on lakes of oil, pointing out that aerial photography and accurate geological survey of the assessment of Makhoul Dam during the years between 1998 and 2001, found oil under Saladin.

He added that after the study, US experts also confirmed that these rich fields are located in the area from Mosul to the borders of Diyala towards Baghdad and even to the city of Sadr in central Baghdad.

Hashim pointed out that these fields include the fields of Ajil and A’llas, which are witnessing a large leak of the resources due to the ongoing smuggling operations, as well as 57 giant oil wells which have been documented by the previous government agencies.

Hashim considered the largest field to be located in Saladin, with very large quantities enough to last for 500 years, explaining that it is divided according to the depth of up to 600 meters from the surface of the earth, and that the lands of these areas extract oil easily and without any excavation.

He added that the specialized committees had made it clear at the time that it is not possible to build multi-story buildings in these areas, as they float over the largest oil wealth, as well as other mineral resources, pointing to the presence of large quantities of gas which also can be invested.

Tikrit University in Saladin has showed during a scientific symposium the abundance of petroleum in the province.

University professor Dr. Sawsan Hamid said in her research that the province contains raw materials useful in many oil industries, such as limestone and gravel fields within Nebai near the district of Dujail south of the province.

She pointed out that there are about 12 oil fields that have not been invested or developed, calling on the central and local government to move to invest these oil and gas fields, noting that security and political reasons impede investment in those fields.

Iraqi researcher Raad Hashim explained the lack of exploitation of these fields, and the reluctance of international companies to work in the mentioned areas is that the environment expels investment in addition to administrative and governmental corruption, as well as the presence of armed factions, some of which are loyal to Iran.

He stressed the need to revitalize these companies to move in coordination with the Iraqi government to exploit these areas and giving priority to Iraqi workers to labor and revitalize the region economically, which reflects positively on the livelihood of citizens, who complain of very difficult economic situation and deterioration.

Iraqi MP Manar Abdul-Muttalib said in a press interview, that the Saldin province has within its agricultural territory oil wells abandoned for years, indicating that these wells can be exploited to provide economic support to Iraq.

Abdul-Muttalib added that Saladin’s crude oil wells in Sayed Gharib witness oil tankers coming in and transporting the oil to unknown destinations, yet the province does not get any percentage from those fields.

She added that Saladin’s orchards contain oil wells hidden under special covers since the era of Saddam Hussein's regime, and to this day have not been invested or exploited in increasing Iraq’s oil production.