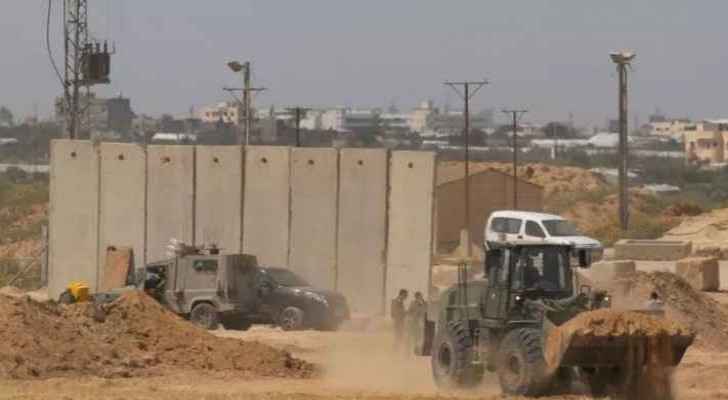 Israel announced the start of the construction of a huge new wall along the border with the Gaza Strip, saying it is launching a new phase for the protection of its borders.

Israeli Prime Minister Benjamin Netanyahu told reporters that work to build the wall will begin over the weekend, noting that the wall, which is expected to rise six meters from the ground will prevent infiltration of what they described as "terrorists in Gaza," in reference to the Palestinian resistance.

A statement by the Israeli Ministry of Defense said that work on the wall will begin on Thursday, describing it as “particularly massive and strong.”

Netanyahu's announcement of the new wall comes amid preparations for the upcoming elections, in an attempt to win more votes in favor.

It also comes against the backdrop of debates among Israeli officials on dealing with Gaza and Hamas, while Israeli experts warned of the risks of launching a ground invasion on the sector, considering that the results of such a step could be disastrous, according to Israeli media outlets.