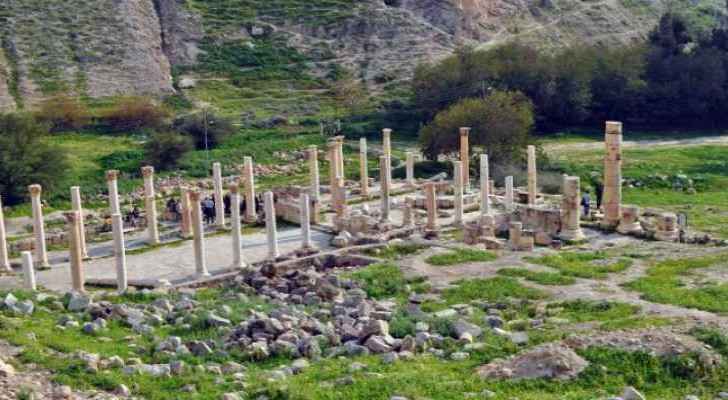 An archaeological expedition from the Australian University of Sydney is carrying out archaeological excavations in Pella to explore new sites which has many layers dating back to different ancient times.

The excavations carried out by 40 researchers from the University of Sydney will continue until the middle of this month, and are a continuation of previous archaeological seasons for the mission which are carried out in cooperation and coordination with the Jordanian Department of Antiquities.

Pella also known in Arabic as 'Tabaqat Fahl' is found in northwestern Jordan, 30 km south of the Sea of Galilee and represents one of ten Decapolis cities that were founded during the Hellenistic period which became powerful under Roman jurisdiction. With a history extending back into the Bronze Age, Pella expanded to its largest state during the reign of the Roman Empire. Today, the city's sizable collection of ruins are excavated by archeologists, and attract thousands of tourists annually.

Downpours to end Australia bushfires within ....