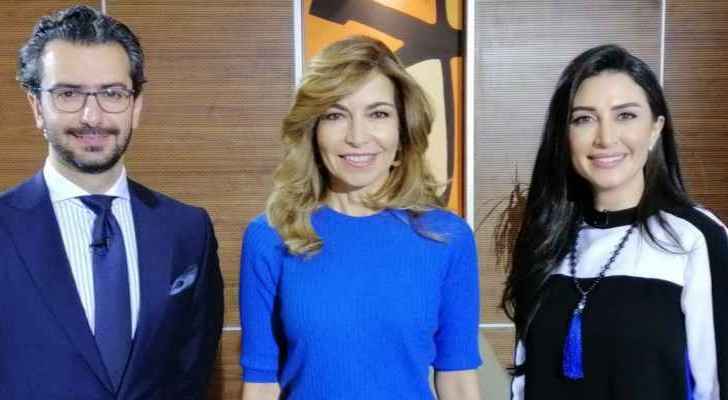 HRH Princess Ghida Talal, Chairperson of the King Hussein Cancer Foundation and Center, said that February 4 is the International Cancer Day that sheds light on the disease and promotes solidarity with the patients.

The Princess said during a special episode on Roya’s “Helwa Ya Dunya” that she has been living with cancer for 28 years, whether through a personal family experience, or through her daily work at the King Hussein Cancer Center, adding that cancer has become a problem for every home, not only affecting the patient, but also the whole family.

The Princess explained that there are several ways in which cancer is being fought, be it through awareness campaigns or preventative methods, pointing out that awareness is one of the most important factors to break fear as there are many people who lose their lives for fear of going to the doctor and being diagnosed.

HRH added that early detection of cancer, especially breast cancer, which is the most common ailment in women around the world, increases the chance of treatment by 90%.

The Princess spoke about the King Hussein Cancer Center where a quantum leap has been made in the world of cancer, for several reasons and at several levels.

"The center has allowed more cancer patients to be accommodated and has more equipment and technologies than the latest in the world of cancer," she said stressing the Center's keenness to be on top of the local and global scene.

The Princess noted that the King Hussein Cancer Center is the pride of Jordan and the jewel of the Arab world and that it has received international accreditations, the latest being ranked first in developing countries and sixth in the world as a specialized center in the treatment of cancer.