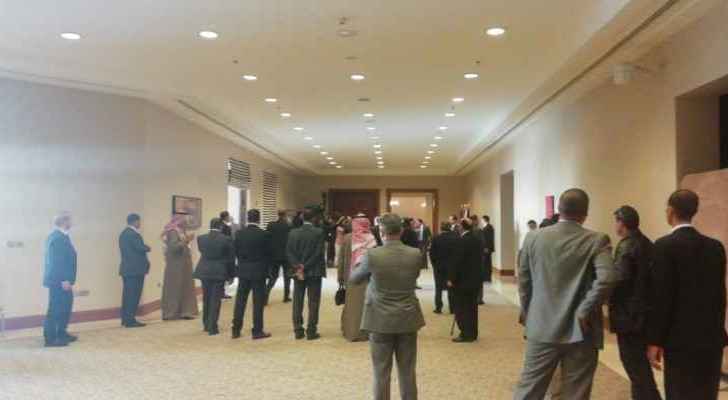 The Jordanian Ministry of Foreign Affairs said in a statement that the visit comes in the context of the participation of ministers in the consultative meeting to be held on Thursday at the King Hussein Bin Talal Convention Center at the Dead Sea.

Sources told Roya that the most important issue to be discussed during the meeting is the return of Syria to the League of Arab States, in addition to the crises of the region.

The meeting will also discuss the situation in the Palestinian territories, Yemen and various Arab countries.

For years, the Middle East has witnessed conflicts and crises in Iraq, Syria, Yemen and elsewhere, as well as the oldest of these conflicts between Israel and the Palestinians.

The Dead Sea meeting comes amid a debate over the return of Syria to the Arab League, especially with the superiority of the Syrian army on the ground, with the return of large areas and armed terrorists and opponents.

Tunisia will host the next Arab Summit on 31 March 2019. Syria's membership in the Arab League was suspended at the beginning of the conflict in 2011. It is still outside the league amid the continued division of Arab countries on its return to the Organization.

Iraq, Lebanon and Tunisia called for Syria to return to the Arab League. In December 2018, and the United Arab Emirates reopened its embassy in Damascus after diplomatic ties were cut off since 2012.