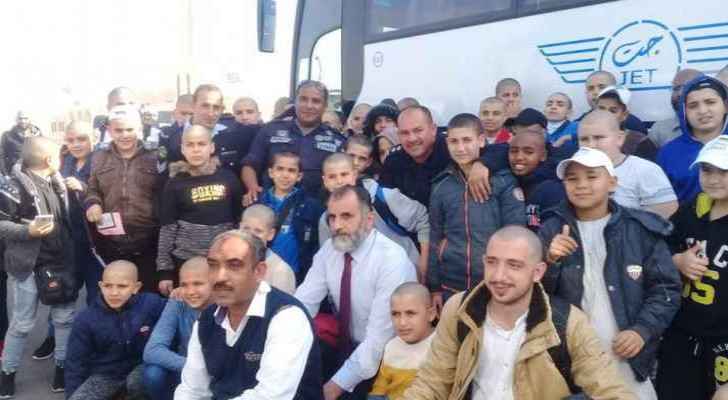 Under the directives of the Director of Public Security Maj. Gen. Fadel Al-Hamoud, King Hussein Bridge received more than 120 orphans and people with special needs in the Jordanian Hajjaj city, after coming back from performing Umrah.

Three buses arrived at the King Hussein Bridge in Balqa Governorate and were received by the public security cadres, the administration of residency and borders and other concerned bodies from both the public and private sectors, in order to overcome all difficulties and facilitate the procedures and provide services when the pilgrims cross Jordan to the West Bank.

All passengers were exempted from transportation and departure fees and any other fees. The concerned bodies also provided a large number of umbrellas and resting stations equipped with direct coordination with the transport means, in addition to taking all procedures and contributing to secure access in recognition of the humanitarian and social role of the public security apparatus for guests of Jordan.