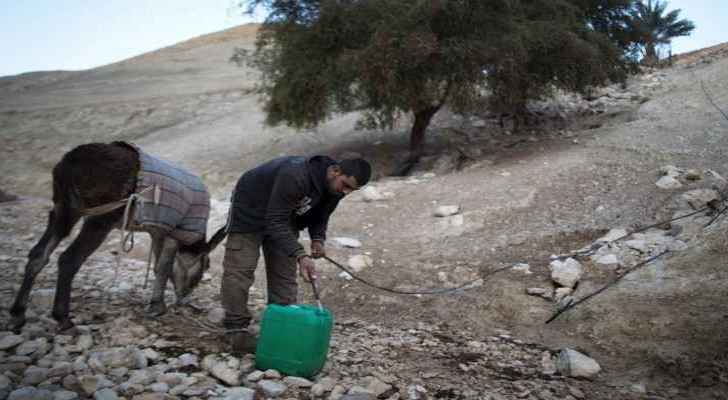 Jordanian Minister of Water and Irrigation, Raed Abu Saud, said that the country’s water security is a top priority for the Jordanian state and that the Ministry has always worked to ensure the sustainability and the protection of all water resources from all tampering, pointing out that preliminary estimates show that 180 million cubic meters of water are illegally taken, annually.

The Minister said in a press release that the most important of all challenges facing the Jordanian water sector is the illegal transgression on water resources and water carrier lines, as well as the infringement on projects belonging to the Water Authority and its companies, in addition to the digging of wells illegally.

Minister Saud stressed that these transgressions constitute a violation against the security of water, as such attacks raise the cost of securing and transferring water resources as well as protection, which is directly related to the state’s budget for the Water Authority, hence becoming a heavy cost causing huge losses amounting to tens of millions of Jordanian dinars, annually.

He pointed out that the inclusion of water theft in the General Amnesty Law is in violation of the laws governing the water sector: (Water Authority Law No. (18) of 1988 and the Jordan Valley Development Law (19) for the year 1988 and its amendments).

He added that this exemption will lead the loss of 30 million dinars, as well as increase the water and financial deficit, and the insurance of delivery of water to citizens and future generations.