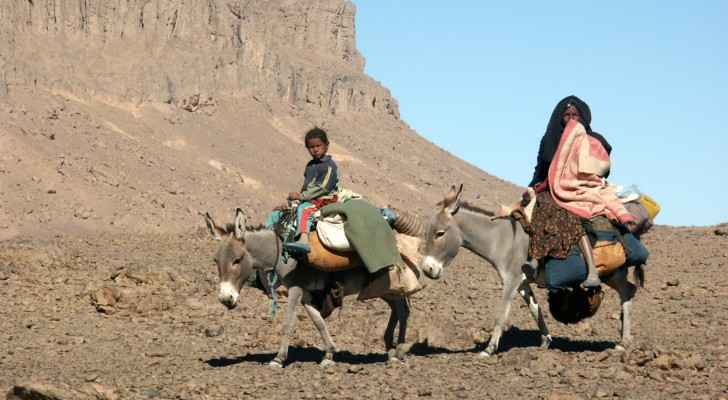 Equidae is on the brink of extinction in Jordan, the Head of the Veterinary Medicines Directorate at the Ministry of Agriculture revealed today.

Dr. Mahmoud Al-Hanatleh said that the taxonomic family of horses and related animals in the Kingdom has been cut by half in recent years.

The expert noted that the animals closest to going extinct are donkeys - specifically the local breed.

A report published by Al Ghad newspaper on livestock numbers in Jordan revealed that there are currently just 1,000 donkeys living here (2018 statistic), out of the 14,117 donkeys that have been here since in 1997.

The statistics showed that there is currently a total of 6,000 donkeys, mules and horses in Jordan (3,500 of which are thoroughbred horses), while there are 1,500 mules, which include donkeys and horses and are used for tillage in villages.

According to the report, Irbid is the Governorate with the highest number of donkeys, followed by areas inhabited by nomads and Bedouins.

The Ministry of Agriculture said that it provides veterinary care for donkeys, horses and mules.

Donkeys have been serving humans for the past 5,000 years, according to Head of the Jordan Farmers Union, Mahmoud Al-Oran. He said that donkeys were used in ancient Egypt to transport precious gemstones and agricultural goods, adding that the Romans were the first to introduce donkeys to England.

The donkeys living in Jordan today are a local breed, seeing as no donkeys have been brought into the country since the 1960s.

Agricultural engineer Rami Ababneh explained the reason behind the decrease in donkey numbers in Jordan. He said that the number has been declining for the past decade due to negligence, adding that the animal can live up to 40 years, if treated well.

Fun Fact: Donkey milk is the closest thing to a human’s breast milk and it is used to strengthen a weak immune system and for treating many illnesses.

Donkeys in Jordan face extinction as ....