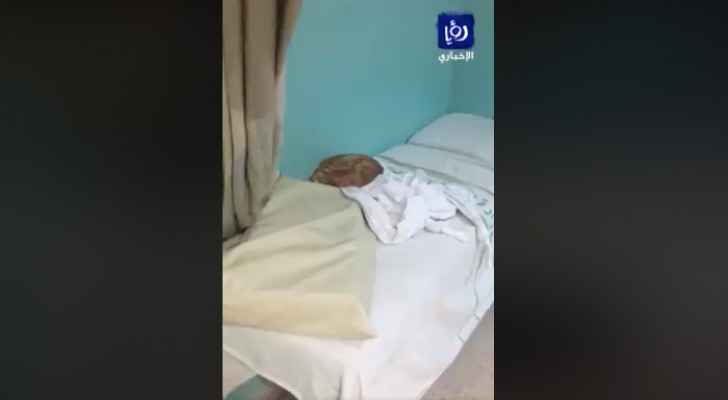 A patient at the governmental Al-Bashir Hospital in Amman took a video of a stray cat laying on top of one of the beds in the eye-treatment department.

While in the video, a person in background could be heard saying that the feline could have easily snuck into the hospital by mistake, social media users had a field day with the mishap.

Many of those who commented joked that the cat looked sick and was probably there to get treated. While others noted that had this happened at a hospital in the West, Jordanians would have commented to say how “civilized and sweet” they are to let an animal sleep on a hospital bed.

Al-Bashir Hospital was in hot water last year for something far more serious, when it was claimed that the wrong body of a newborn baby was mistakenly handed over to the wrong parents.

The baby’s parents were reportedly given the body of a baby girl, instead of a baby boy.

Mahmoud Zreikat, Director General of al-Bashir, explained that on November 26, the mother had a premature birth, and her baby, who weighed 1,000 grams, was immediately placed in an incubator at the hospital’s neonatal intensive care unit.

Zreikat said that the baby died soon after due to complications in its breathing, because of the incomplete development of its lungs in the womb.

After being examined by a forensic doctor, the parents were given the body of a baby that wasn’t theirs.

At the time, the Director said that DNA samples have been taken from the baby and its parents to see if they can find a match, while confirming that the staff involved in their case are currently being investigated.