GM of JETT breaks silence on attacks against tourist buses 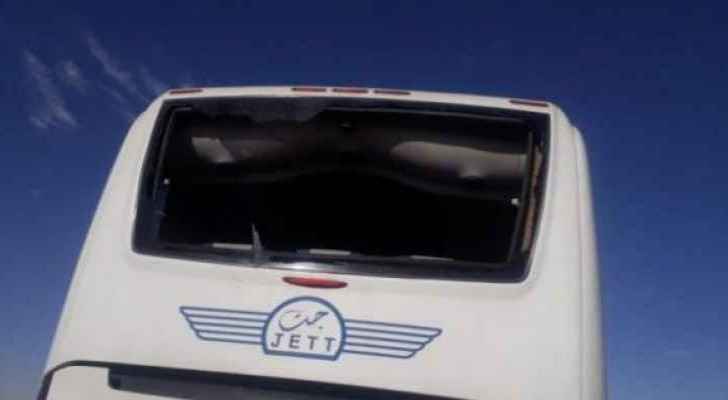 General Manager of Jordan Express Tourist Transport - JETT, Malik Haddad, broke his silence after repeated incidents of assault on JETT buses on the desert road, denying that the perpetrators were just children.

In a post on his Facebook page, Haddad vowed to prosecute the aggressors, stressing that firm response is now due.

Haddad, former Minister of Transport, stated that “hidden hands” are behind these attacks that aim at crippling tourism in Jordan.

He said that "whoever adopts this method to strike tourism or whoever thinks that in this manner they can stop Jordanian citizens from travelling to and from Aqaba, which we have worked very hard to market, are dellusional and do not rise to the level of human beings."

"You will not convince me that they are children. These are unscrupulous people who are paid to do this. It is inconceivable that at 8:05 pm this evening, January 13, 2019, on the desert highway and over the Ma'an bridge, and in this freezing weather, children (attacked)- as we are used to justify continually."

Haddad stressed that his company will not stop serving citizens and tourists, as they have been advised. "This country is ours and we will not lose against the lowlives and the criminals behind this.”

"Our belief in the men of the public security remains strong and when the criminals fall into the trap, no discussions or peace talks will work, I promise you that.”

Security forces arrived at the scene of the incident, and an investigation to the causes and consequences commenced.