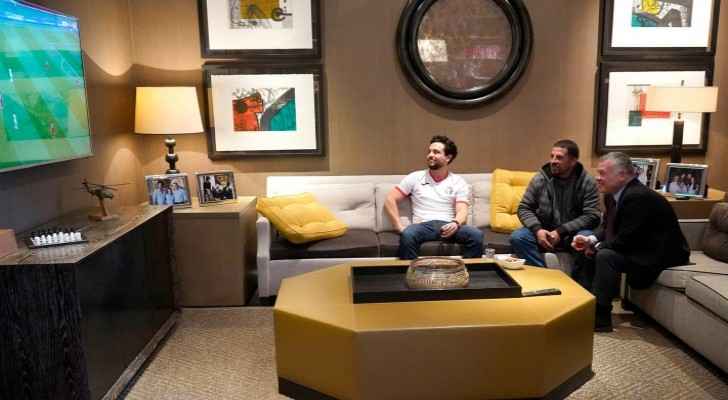 Dedicated Jordanian binman Khaled al-Shomali had a VIP seat to Thursday’s Jordan vs Syria game in the AFC Asia Cup 2019.

Jordan’s young Crown Prince shared an Instagram photo of the three of them casually hanging out at the King’s home. Its caption read: “The Nashama's well-deserved win today was all the more exciting for His Majesty and I, because we watched it in the great company of Khaled Shomali. Alf mabrouk to #OurJordan.”

The picture was “liked” more than 119,000 times, while thousands commented in awe of the touching gesture and shared the photo on their own social media accounts.

Al-Shomali expressed his utmost happiness in a telephone interview with Roya.

“I felt like I was sitting amongst my own family,” he said, adding that “I received an invitation from a donor to watch the next Jordan game in the UAE, but I can’t go due to the bad weather conditions in Amman right now, I have to be here to help, and I can’t leave my kids alone either.”

Al-Shomali’s unexpected turn of fate was the result of a simple picture captured of him and shared on social media. In the picture, retweeted thousands of times, Al-Shomali was stood on the pavement outside a coffe shop, while peeking inside to watch the Jordan vs Australia game in the AFC, which took place on Sunday and saw Jordan beat the Aussies 1-0.