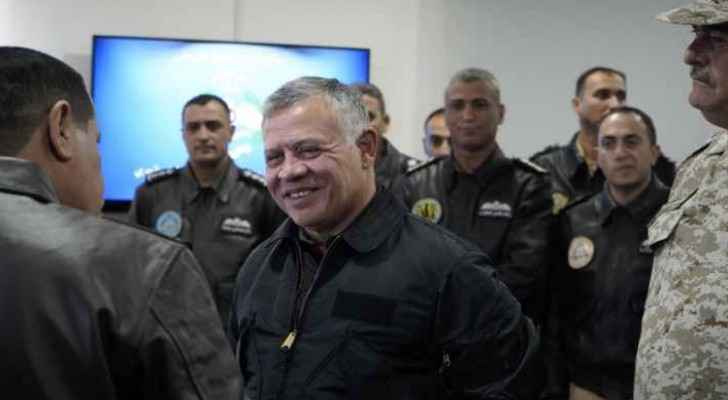 King Abdullah was received by the Chairman of the Joint Chiefs of Staff Lt. Gen. Mahmoud Freihat, and the Commander of the Royal Air Force.

His Majesty toured the various departments and was introduced to the developments and modernizations of the airbase. The King commended and expressed his pride in the Royal Jordanian Air Force members.