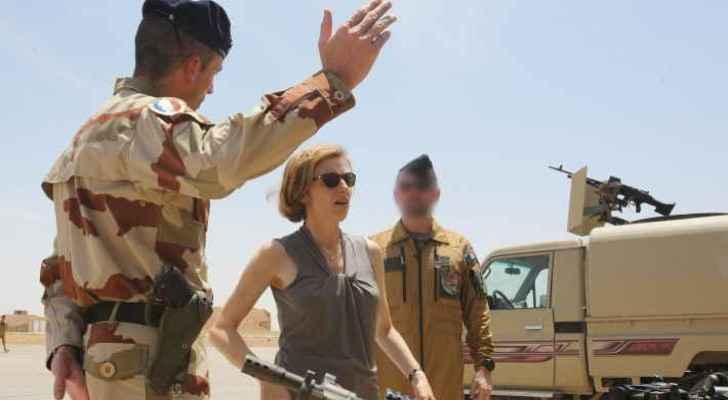 French Minister of Armed Forces Florence Parly celebrates the new year along the French troops involved in the war against the terrorist group Daesh.

Parly will travel to Jordan's H5 air base, from where French fighter jets are fighting Daesh in neighboring Syria, according to the French Ministry of armed forces in a statement by AFP.

"The minister wishes to pay tribute to those who struggle day and night against the terrorist group in operation North (the name of the French military operation against Daesh in Iraq and Syria)," the statement said.

On Friday, Parly said the international coalition against terrorism still had "a mission to do" despite the "heavy decision" taken by the US president to withdraw 2,000 US troops from Syria.

"While President Trump says that Daesh is gone, we consider that Daesh’s control over the territory is no longer as it was in 2014 ... It is true that the scope of this control has gradually declined, but there are still enclaves where extremists hide."