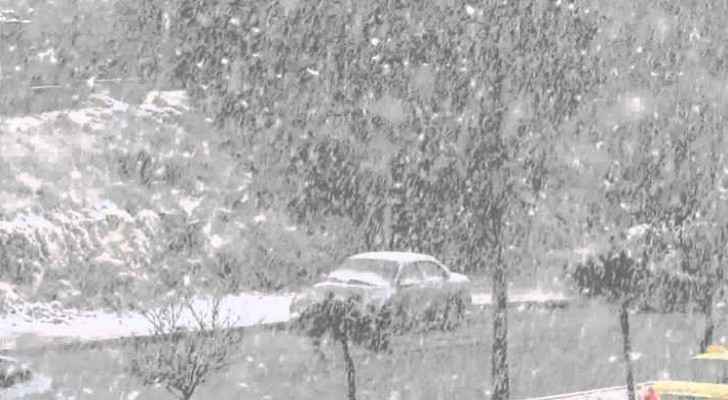 Arab Weather negated rumors of a massive snowstorm this week, pointing out that the weather will be cold and rainy on Sunday, Monday and Thursday morning.

The Kingdom remains under the influence of cold and wet front, resulting in continued cold weather with rain showers in the northern and central parts of the Kingdom on Sunday and Monday as well as a renewed opportunity on Thursday.
Arab Weather warns of formation of frost in the southern mountains in the coming days.

Due to the significant decrease in temperature, formation of fog is expected especially in the northern and centeral regions of the Kingdom, including Queen Alia International Airport during the early hours of dawn on Sunday and Monday.

South-easterly winds will blow during the middle of this week especially on Tuesday making the cold and dry conditions throughout the Kingdom appropriate for the formation of frost in the southern and eastern highlands as temperatures approach zero celsius.

Arab Weather said that the weather forecast is not suitable for snowfall in any region of the Kingdom during the current week, and invites citizens to follow the daily and weekly reports issued through their main website or via mobile app alerts.