Experts on possibility of destructive earthquake in Jordan

Experts on possibility of destructive earthquake in Jordan 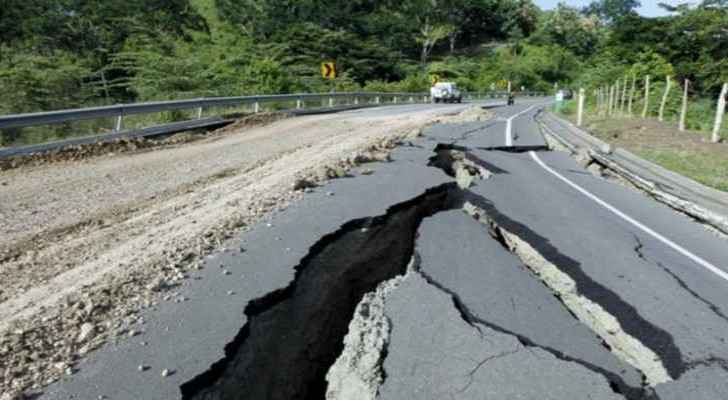 Geologists agree that earthquakes in the region can not affect infrastructure in Jordan or neighboring areas.

Professor of Geophysics and Seismology at the University of Jordan, President of Al Hussein Bin Talal University, Professor Najib Abu Karaki, spoke about the potential earthquakes that could affect Jordan's infrastructure in the future.

Dr. Abu Karaki said in a statement on Wednesday morning, December 26, 2018, in his comment on today’s seismic activity in the Dead Sea, that these small tremors, which do not exceed 4 degrees on the Richter scale, are often natural and happens in the Mediterranean region dozens of times daily, and in our region every few months.
Earthquakes which have an impact on infrastructure start at magnitude 5 on the Richter scale, Karaki said. He pointed out that the earthquakes that are destructive usually have a force above 6 degrees on the Richter scale, adding that earthquakes may occur repeatedly, but are not felt by people because of their weakness, while destructive earthquakes in our region are an irregular phenomenon and happen once in decades or hundreds of years.

He pointed out that the three sections of the Gulf of Aqaba, Wadi Araba, and the Jordan Valley are the vital parts within the Jordanian transform fault system and which witness weak earthquakes every few months.

He stressed that the destructive force of earthquakes depends not only on the depth but mainly on the degree of its strength, adding that if the earthquake was close to the surface it will cause more damage.

For his part, the head of the Jordanian Geologists Association Sakher Nsour responded to allegations of an Israeli expert who recently stated that the region will witness a destructive earthquake in the near future. Nsour refuted this statement adding that it has no validity.

Nsour said, in a statement to Roya that the general characteristic of the strength of seismic activity in Jordan is weak to medium, which are usually a result of discharge of energy stored underground.

Aqaba Governor: No damages reported due ....