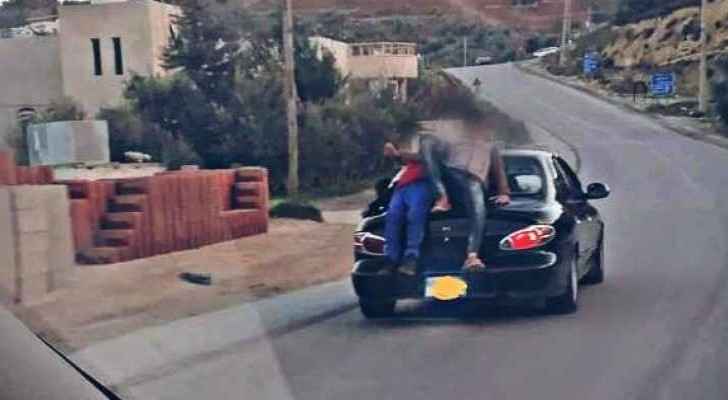 Public Security Department (PSD) arrested a reckless driver who endangered the lives of some children in Jerash, on Saturday December 22, 2018.

A PSD spokesman said that a complaint came through PSD’s Radio Amen FM with a photo of kids sitting on the hood of a moving car.

The spokesman added that the vehicle was identified and seized, and that legal action against the driver will be taken.