JMD: Possible snowfall during this winter 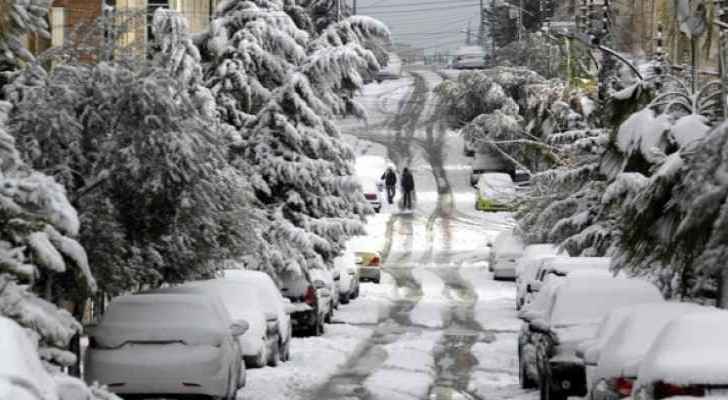 Director of Forecasts and Media Spokesperson of the Department of Meteorology (JMD), Ra’ed Al Khattab, revealed that next Wednesday will wintness a beggning of a series of weather depression.

Al Khattab told Roya that a depression is expected to begin impacting the Kingdom on Wednesday evening until Friday according to weather maps, and will be accompanied by heavy rainfall in various regions, starting from the northern regions and later extending to the central and southern regions oj Jordan.

As for news about snowfall in the coming days and weeks, Al Khattab said that it might snow, as the first quarter of winter usually brings rain and snow.

He explained that the Department of Meteorology is monitoring weather maps for possibility of snowfall during this first quarter, which started today, Saturday, December 22, 2018, and will last approximately 90 days.

He pointed out that weather depressions at this time of year regularly influence the Kingdom with rainfall, snowfall, frost and ice.

Khattab recalled the last time good amounts of snowfall were recorded during the first winter quarter was winter season of 2015-2016.