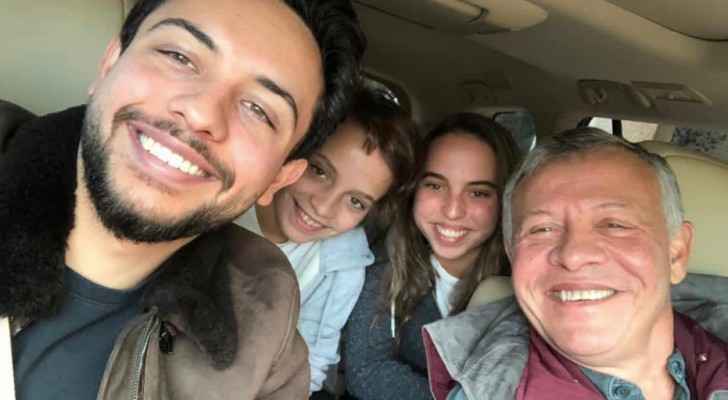 His Majesty King Abdullah II, accompanied by His Highness the Crown Prince Al Hussein, and their Highnesses Prince Hashem and Princess Salma appeared on Friday afternoon in the first circle, in a family outing, December 21, 2018.

Citizens greeted and exchanged conversation with the Royal visitors, and took pictures. His Majesty and their royal highnesses paid a visit and had a snack at the popular Jerusalem Falafel Restaurant, and later bought shawarma.

His Highness the Crown Prince Prince posted on his website earlier in the day a picture of the Royal family in the their car, and wished everyone a blessed Friday.