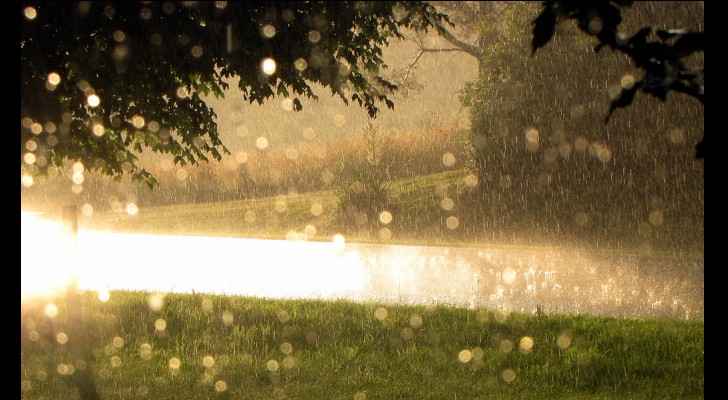 On Monday, December 17, 2018, relatively cold weather is in the forecast in most areas of the Kingdom, with a significant drop in temperatures and a chance of rain showers in parts of the northern and eastern regions. Winds are expected to be southern-westerly and may cause dust to rise in the southern and western regions.

At night, another drop in temperatures is expected, which will lead to generally cold weather. Cloud cover will gradually increase at different altitudes in the northern and central parts of the Kingdom, leading to a slight chance of rain showers, with south-westerly winds.

The maximum and minimum temperatures will range between 13-7 in Amman, 14-9 in the northern regions, 15-6 in the southern regions, and 26-17 in Aqaba.

On late Wednesday, Jordan will be affected by a weather depression coming from Cyprus, leading to partly cloudy to overcast skies. Rain showers are expected to fall in the northern and central parts of the Kingdom that may be heavy and accompanied by thunderstorms and hail. Heavy rain may cause flash floods in valleys and lowlands. Winds will be Southern-westerly and will lead to dust rising in the desert areas.