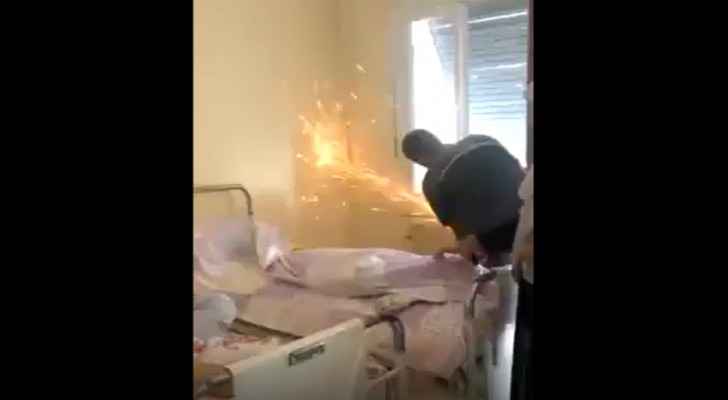 Jordanian social media users shared a video of loud and dangerous maintenance works taking place in the hospital room of a patient whom they claimed was being treated at Al-Bashir Hospital, however, the Ministry of Health on Saturday, December 15, denied that the incident took place at their establishment.

Media spokesman for the Ministry of Health, Hatem al-Azrai, said that the video was not taken at any of the ministry’s hospitals across the Kingdom.

Azraei noted that social media users tend to share false footage every once in a while and claim that they’d been taken at one of the ministry’s hospitals, specifically at Al-Bashir, with the aim of distorting their good reputation.

Some of those claims included a wolf attack and a fire being lit up by a patient in their room.

Azraei stressed that spreading false claims is against the law and legal action will be taken against those who do it.

The official concluded by saying that maintenance teams at the ministry’s hospitals have specific instructions not to carry out any maintenance works while a patient or their visitors are present.