Journalists stand with Wakeel and against cybercrime law

Journalists stand with Wakeel and against cybercrime law 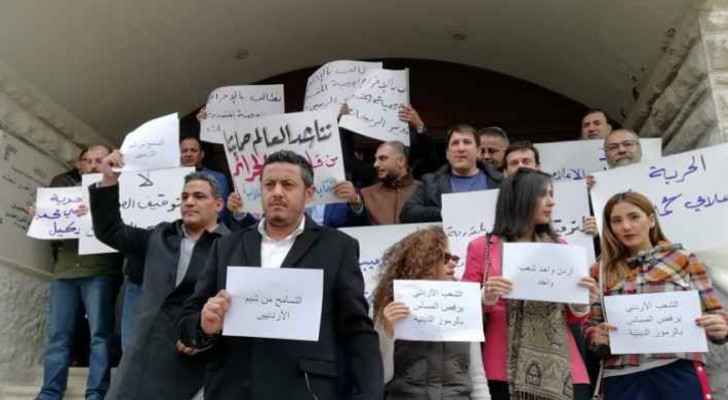 Dozens of journalists held a protest in solidarity with media reporter Mohammad Al Wakeel and news editor trainee Ghadeer Rbehat, and demanded their quick release in front of the Jordanian Press Association (JPA), on Wednesday, December 12, 2018.

Participants held banners calling for the freedom of media and the press, and rejection of the cybercrime law.

Read more: Council of Churches call for release of Wakeel and Rbehat

Al Wakeel and the trainee editor were detained on Monday, December 10, after his website’s official Facebook page published a Jesus cartoon that was deemed offensive by Christians and Muslims in Jordan.

JPA calls for allowing pharmacies to ....