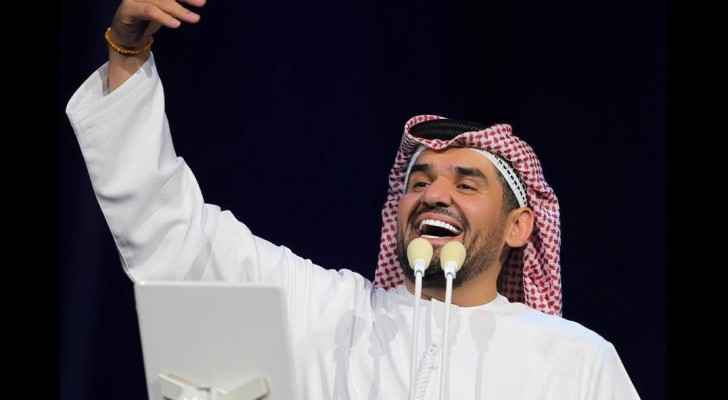 Emirati singer Hussain Al Jassmi is set to become the first Arab singer to perform at the annual Christmas concert, or Concerto di Natale, in the Vatican on Saturday.

The superstar was thrilled to be amongst the Italian and international artists invited to perform at this year’s concert, which has been held annually since 1993.

Al Jassmi, a UN Goodwill Ambassador, wrote on Twitter: "With tolerance and peaceful co-existence, we, leaders and citizens, honour Zayed’s vision. My style is to embark on promoting interfaith and affinity among people.

"I am honoured to meet the Vatican’s invitation to be the first Arab artist to participate in the annual Christmas charity event which proceeds will benefit the refugees in Erbil, Iraq, and Uganda."

Singers perform at the concert free of charge to support a charitable cause. This year, funds raised from ticket sales will support refugee-focused charities in Iraq and Uganda.

“I have always been pleased to contribute to charitable work in order to create an environment conducive to a dignified life, respect, equality and peace, the values that we have grown on and inherited from the late Shaikh Zayed,” the 39-year-old singer wrote in another social media post.

The UAE was the first country to dedicate an entire ministry to interfaith tolerance. The Ministry of Tolerance was established in 2016 to “consolidate the values of inter-faith tolerance, moderation and intercultural exchange, as well as to continue creating channels of communication with all peoples worldwide, regardless of their ethnic, religious and cultural backgrounds,” according to Arab News.

You can watch the Vatican’s Christmas concert live on Italy’s Channel 5, and other international TV channels, on Saturday, December 15.