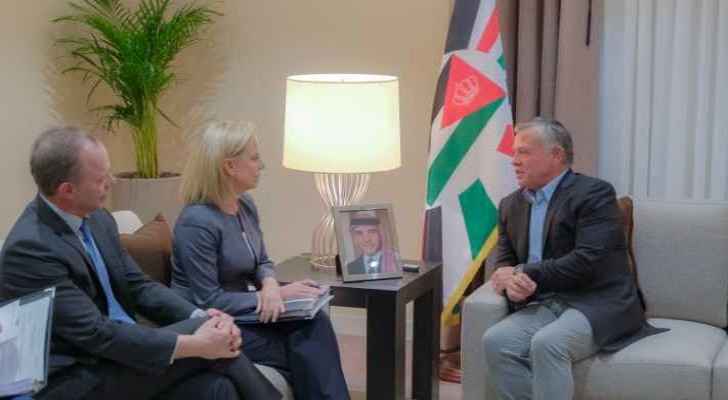 His Majesty King Abdullah II met with a number of heads of delegations participating in the Aqaba meetings to follow up on international coordination efforts in the fight against terrorism and extremist ideologies, on Saturday, December 8, 2018,

This round of meetings focused on discussing the security challenges in East Africa.

The Aqaba meetings, launched by His Majesty King Abdullah II in 2015, aims at enhancing security and military coordination and cooperation, and exchanging experiences and information between regional and international parties to combat terrorism.

The meetings were attended by the Minister of Foreign Affairs and Expatriate Affairs, the Advisor to His Majesty the King, the Director of His Majesty's Office, the Chairman of the Joint Chiefs of Staff and the Director of General Intelligence.