No school in Ramtha, Badia region on Saturday due to heavy rain

School exams and training courses will have to be rescheduled. (EarlyVention) 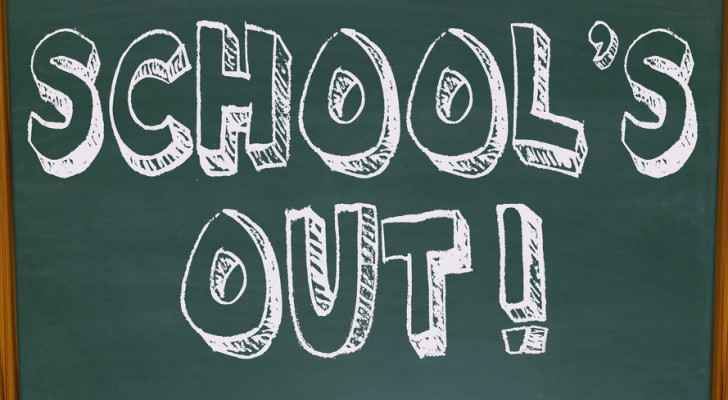 Schools are out on Saturday, December 8, in Ar-Ramtha city, north-east of Jordan, due to the unstable weather conditions, the region’s Director of Education, Mazen al-Momani, announced on Friday.

Momani said that Syrian refugee schools and private schools will be closed tomorrow until further notice.

This means that school exams and training courses will also have to be rescheduled.

Schools in Mafraq and the northern, eastern and western Badia region will also close their doors tomorrow.

The southern region of Jordan is known for getting heavy rain showers, which often form flash floods in valleys in lowlands.

Jordan has been blessed with heavy, non-stop showers since Thursday, December 6. The rain is expected to continue falling until at least midday Saturday.

On Tuesday, weather forecasters made these weather predictions for the month of December:

No predicted snowfall, however, at the beginning of this week, temperatures will drop and heavy rain will follow, before temperatures settle again. The end of the week will be cold and rainy once again, yet, no snow will be in sight.

Heavy rain and a sharp drop in temperatures are forecast for this week, with a 40% chance of snowfall.

Less rain will fall during this week and temperatures will be at the usual average around this time of year, with a 10% chance of snowfall.

40 samples collected from cadres of Northern ....

40 samples collected from cadres of Northern ....

40 samples collected from cadres of ....