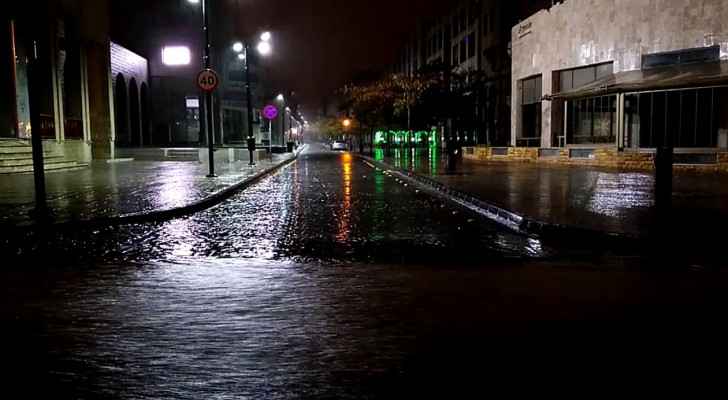 As of early Thursday, December 6, 2018, Jordan will be affected by a weather depression accompanied by a cold air front coming from southern Cyprus, with partly cloudy to overcast skies and heavy rainfall in most parts of the Kingdom, including Aqaba.

Heavy rain expected at night, accompanied by thunderstorms, which may cause floods in valleys and lowlands.

The weather depression is expected to last until Saturday night, as the weather gradually becomes stable.

Civil Defense Directorate (CDD) called on citizens to adopt proper behavior during the expected weather depression by staying away from valleys and places where floods are likely to occur and to move to higher ground. CDD also advised citizens not to drive during heavy rains and to call (911) in case of emergency.