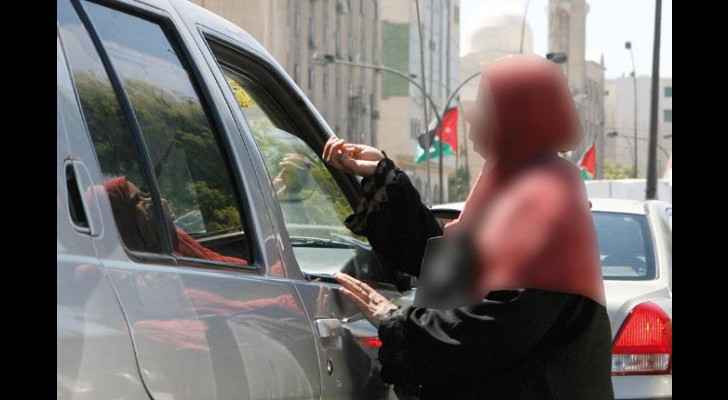 The Ministry of Social Development’s Department of Anti-Beggary, sounded the alarm over the growing number of beggars in Jordan, which rose dramatically since the beginning of this year.

Khaled Momani, head of the Anti-Beggary Department said in an interview on Monday, December 3, 2018, that the number of campaigns carried out by the control since the beginning of this year exceeded 1,680 campaigns, of which more than 1,300 campaigns were in the Capital Amman.

Cadres of the Department patrol the streets of the Kingdom and the capital around the clock, consisting of 30 Ministry employees and reinforced by 45 cadres from the Public Security Directorate (PSD).

Momani expressed his shock at these numbers and described them as “terrifying”, predicting that in light of the difficult economic conditions the Kingdom is facing, the numbers of beggars will increase, coupled with the weak deterrence measures and the absence of excessive punishment.

He pointed out that the most prominent forms of begging is asking for charity or selling near traffic lights.

Momani added that there has been an increase in beggary among GAM service workers, in addition to elderly, poor and the homeless.

He pointed out that women top the numbers of beggars in the Kingdom, saying that many women stand by garbage containers, in the presence of young children, in one of the “ugliest begging images” taking advantage of the public's compassion.

Read: Beggar jumps in front of oncoming traffic, refuses to move until given money