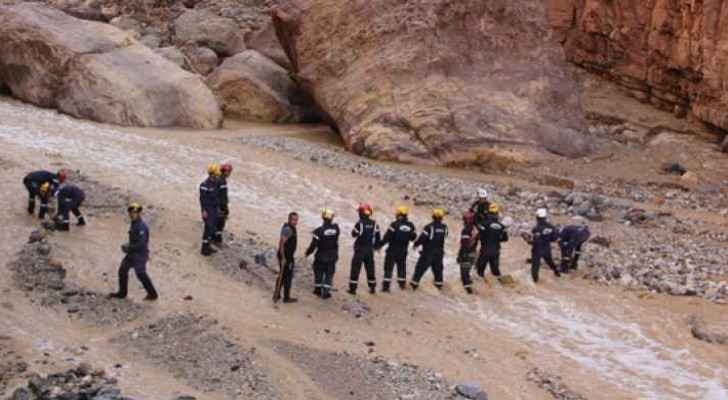 Informed sources suggested to Roya that the investigation report into the Dead Sea tragedy will be delivered to His Majesty King Abdullah II today, Sunday, December 2, 2018.

The sources explained that the report does not include linking responsibilities to specific names as much as showing the shortcomings in institutional performances and the weakness of the infrastructure, without pointing fingers at particular persons.

His Majesty the King directed Prime Minister, Omar Razzaz, to set up a neutral commission to investigate the reality of the Dead Sea incident which killed 22 people, most of them school children, and wounded 35 others, raising many questions about national mechanisms to deal with crises and who is responsible to hold consequences.

After the Dead Sea tragedy, Minister of Education, Higher Education and Scientific Research, Azmi Mohafaza, and Tourism and Archeology Minister, Lina Annab, presented their resignation from the government without giving motivations of resignations.