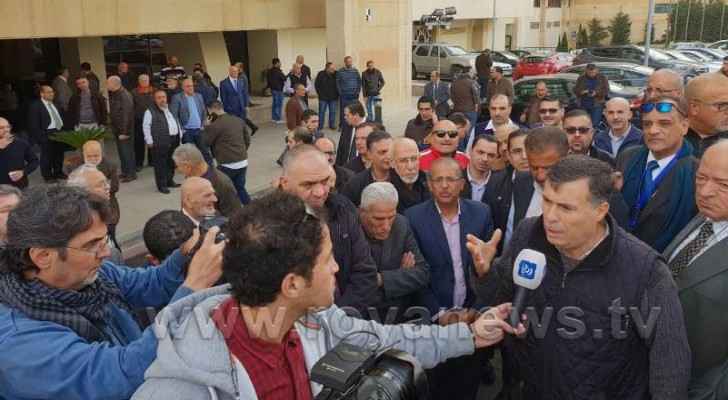 Dozens of investors in the Amman Stock Exchange held a protest against the new income tax law, on Sunday, December 2, 2018.

The new tax law includes a tax on share trading, which is rejected by investors in the financial market.

The protesters told Roya that the law will affect the stock market negatively, halt economic growth and lead to a decline in government revenues, and considered the adoption of the law coming at a bad time.

They added that the law put a tax on stock prices for next year, as a basic reference, which is a very low price and therefore any rise cannot be considered as revenue as it actually will be only revenue loss.

Investors appealed to His Majesty the King to reject these amendments and refer them to the House of Representatives until the changes are reconsidered.

They said trading had fallen more than doubled last week, and stocks hit their lowest level in 14 years.

The protesters said that the tax law threatens investments worth 80 billion Jordanian Dinars, as some investors, local and foreign withdrew their portfolios, which will collapse trading and investment markets.