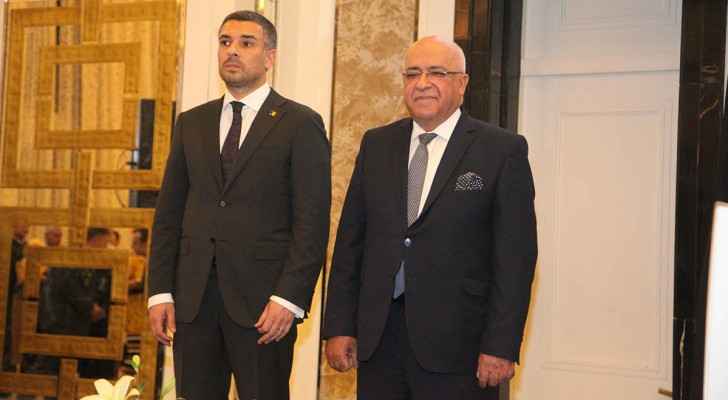 The ambassador made his remarks during,
Minister of Political and Parliamentary Affairs Musa Maaytah

The Romanian Embassy in Amman held a ceremony on Wednesday, November 28, 2018, marking Romania's National Day, and was attended by a number of officials, diplomats and journalists.

The Romanian Ambassador to Jordan, Nicolae Comanescu, said in during the ceremony, ”Strong relations between Romania and Jordan is a clear priority for the Romanian government, which is exerting diplomatic efforts to achieve this objective, and is focusing on a stronger economic dimension”.

Comanescu stressed on the bilateral diplomatic relations between the two friendly countries, established more than 50 years ago, and the sharing of smilier views on global and regional issues.

"Romania regards Jordan as a strategic partner in the region… we are optimistic, and will further develop, diversify and stimulate trade exchange to increase Jordanian exports to the Romanian market,” Ambassador Comanescu pointed out, referring to the trade between both countries which developed during the last five years.

12,000 Jordanian students graduated from Romanian universities, and 5,000 Romanian citizens live in Jordan, while the number of Jordanians living in Romania stand at 1,000.

The ambassador stressed that his country pledged this year to significantly increased the number of scholarships and opportunities by developing joint cultural, scientific and academic projects between Romania and Jordan.