“One Humanity against Hunger': Jordan among others pledge two billion meals

“One Humanity against Hunger': Jordan among others pledge two billion meals 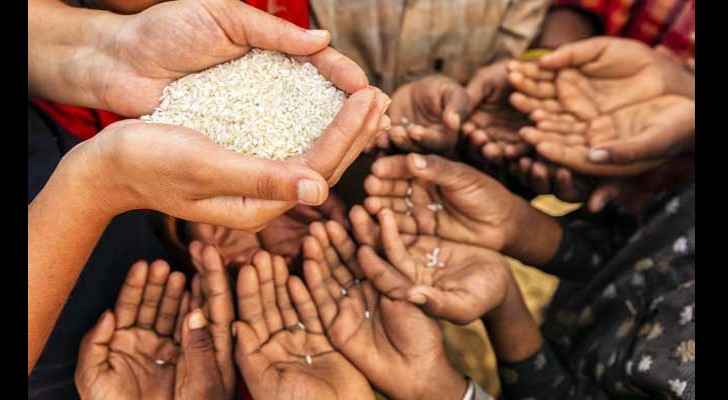 The Eighth Annual Conference on Effective Partnership and Information Sharing for Better Humanitarian Action held in Kuwait, succeeded in collecting pledges of 2.2 billion meals to feed one billion people in need, and to implement 3.1 million projects to serve 102 million people in need, around the world, in the “One Humanity against Hunger” initiative.

The conference was held on Monday, November 26, 2018, with the attendance of Islamic Charitable Foundation, the United Nations through the Office of the Assistant Secretary-General for Humanitarian Partnerships, and the Forum for Promoting Peace in Muslim Societies.

The pledges was made by countries including Jordan, Kuwait, Saudi Arabia, Palestinian, Turkey, Egypt, the United States, Britain, Lebanon and Australia, and will be implemented within a year of the conference.

United Nations statistics and global indicators for 2018 indicate that hunger is the biggest threat to human life and health. “More than 821 million people in the world live in the grip of this scourge, that is, one out of every nine people in the world is not getting enough food, and 150 million children under the age of five suffer from chronic malnutrition”, stated the Special Adviser to the Secretary-General of the United Nations, Abdullah Al Matouq.