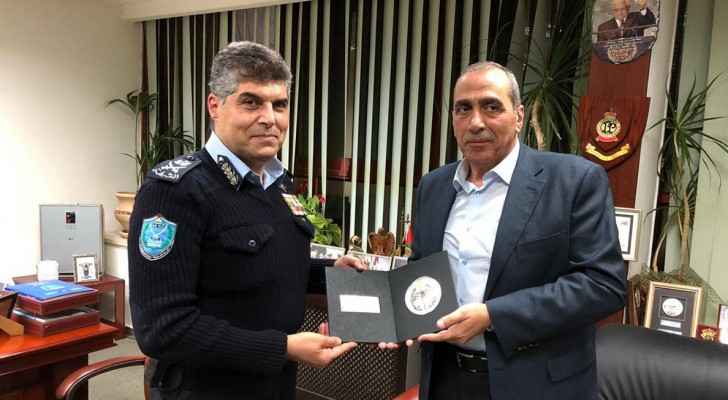 During his visit to the Palestinian Security Directorate in Ramallah, the two discussed the frameworks of joint cooperation between Jordan and Palestine in various fields related to law enforcement and training of cadres.

Al-Hamoud said that the visit aims to further deepens the ties between the two sides as well as boost the potential of expertise exchange.

For his part, Attallah said that Al-Hamoud’s visit –who arrived to Ramallah along with a delegation of senior officers – will result in more cooperation and coordination between the Palestinian and Jordanian police departments. Attallah also praised the Jordanian PSD for providing Palestinian security cadres and police officers with various training programs over the years.