To this day, the popular food joint operates from dawn to noon. (Shutterstock) 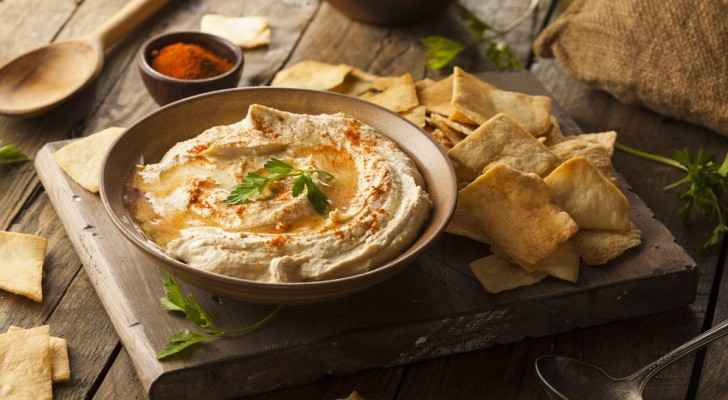 If you haven’t had the chance to try the mouthwatering hummus, falafel and foul (broad bean paste) at Smadi, Jerash’s longest-standing hummus restaurant, then your taste buds are seriously missing out.

But what’s the secret behind Smadi’s 69-year success?

The restaurant prides itself on making additive-free dishes, using high-quality ingredients, which, the owner Ahmad Smadi says is the secret behind their food’s distinct taste.

"The broad beans used at the restaurant measure 3 centimetres and are 20% more expensive,” he noted, adding that “it cannot be bought at any other restaurant," he told The Jordan Times.

By going organic all the way, Smadi’s dishes’ use-by date lasts longer than the same dishes prepared by its competitors.

"One hour after buying it, the aroma of the dish will still explode your senses, speaking volumes about the quality of the hummus. Some use flavour enhancers and [hummus] whiteners. These additives would have your hummus rot within the hour!" Ahmad explained.

The beauty of Smadi came from within its founder, Abdul Qader Smadi, who, Ahmed says, was “trained by an Armenian chef in Nablus, before opening his own place in Jerash, serving his first dish back in 1949.” Abdul Qader believed in the motto “sharing is caring,” which is what drove him to share the secrets of his trade with his apprentices and fellow restaurateurs.

In fact, the generous chef shared the secret recipe of his “trademark hummus” with his apprentices, who then flew the nest (with the recipe under their wing) to pursue their own culinary dreams.

“They also have lives and families to feed, my father would say.

“Now almost all of the hummus restaurant owners in Jerash follow his recipe,” Ahmad proudly told The Jordan Times. To this day, the popular food joint operates from dawn to noon.

It is perfectly located in Downtown Jerash, opposite the city’s oldest mosque - built in 1878 by the Circassians - to serve worshippers after dawn prayers and early bird shoppers looking for bargains in the city centre.

Sorry Hummus fans, the chickpea dip has gone up in price ....

Sorry Hummus fans, the chickpea dip has gone up ....

Sorry Hummus fans, the chickpea dip has gone up ....