Meeting between Jordanian-Kuwaiti Brotherhood Committee and Kuwaiti Ambassador to Jordan. 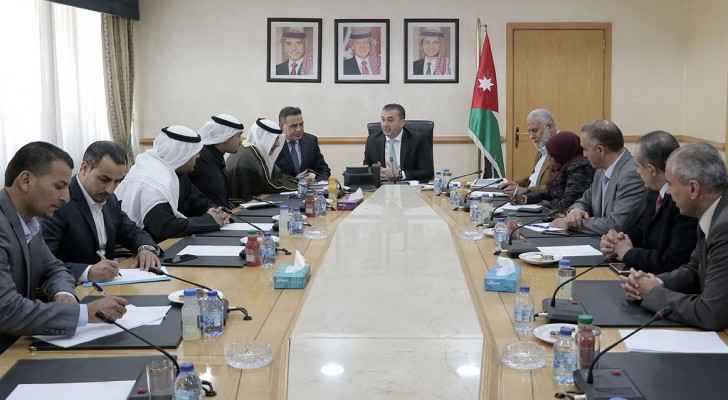 The Jordanian-Kuwaiti Brotherhood Committee met the Kuwaiti Ambassador to Amman, Aziz Aldehani, at the Lower House of Parliament on Sunday, November 25, 2018.

The meeting discussed ways to enhance bilateral ties between Jordan and Kuwait, specifically that of parliamentary affairs.

The Chairman of the Committee, Member of the Parliament Haitham El Zayadin, praised the Jordanian-Kuwaiti relations, describing them as "deep-rooted and distinguished," adding that the two countries have an "almost identical" stance on the regional issues. Zayadin stressed that those ties are positively reflected in various aspects, including those in commercial, health, educational and parliamentary sectors.

For their part, members of the Committee commended Kuwait's positive stand in many Arab and international issues that shape a mutual concern as well as its great support in the education sector and development projects in the Kingdom, stressing the importance of enhancing and sustaining these connections.

Aldehani praised the strong and brotherly ties between the two counties, describing them as an excellent model of coordination between Arab countries. On the Palestinian issue, Aldehani added that Palestine remains a priority that will not be ignored under any circumstances.