The woman has been charged with intentional abuse. (Roya) 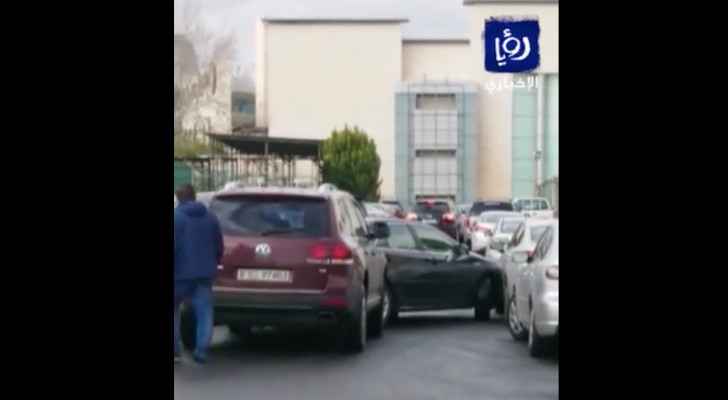 A woman who went viral on Friday, November 24, for trying to push a car out of her way by driving into it, in the City Mall car park in Amman, has been arrested.

The Central Traffic Department (CTD) referred the driver to the Public Prosecutor’s office on Saturday, where she’s been told that she will be spending the next week in detention at one of the city's women’s rehabilitation and correction centres.

Amer al-Sartawi, Spokesperson for the Public Security Directorate (PSD), said that the Public Prosecutor has charged the aggressive driver with intentional abuse.

In the video, the woman was heard swearing at the driver in the car blocking her way, before aggressively driving her four-wheeler into him, pushing his car fowards into parked cars.

Towards the end of the video, a traffic police officer was seen approaching the distressed driver.

Many social media users saluted the woman for taking action against the other driver, however, others said that they shouldn't encourage such behaviour, especially that it remains unknown why the other car refused to move out of her way in the first place.

Click the FB icon to watch the video in fullscreen mode.