Dozens of people died during the flash floods that swept Jordan over the past few weeks. (The National) 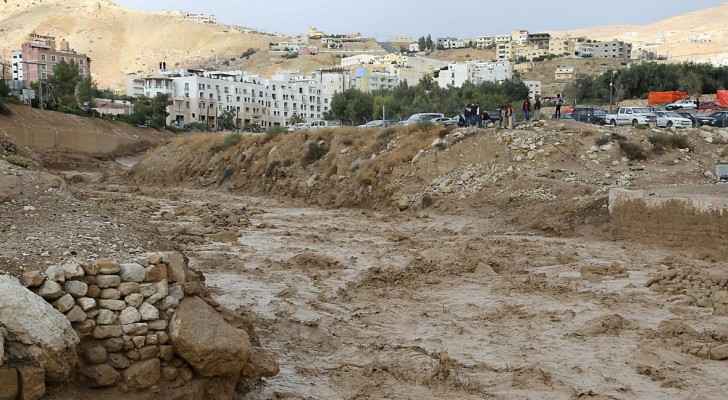 The spokesperson for the Public Security Directorate (PSD) said that he is “stunned” by some people’s disregard for the PSD’s warnings against going near valleys and lowlands during bad weather conditions, especially after dozens of people died during the flash floods that swept Jordan over the past few weeks.

The official said that the Balqa Police Station received a call informing them that a family of 28 members had gone missing.

Police officers kicked off a search operation and found the family in Wadi Al Hammarat in the Ma’in area. The family had rented out two private school busses to drive all the way to Aqaba, where they had to drive through valleys that could have been easily flooded during today's unstable weather.

The spokesperson urged citizens once again to take much care during the current unstable weather conditions, and to avoid areas where flooding could form, as well as stressing that they must listen to police warnings at all times.

Death toll from floods, mudslides in ....