Whether or not the government will extend the licensing period remains uncertain. (Roya) 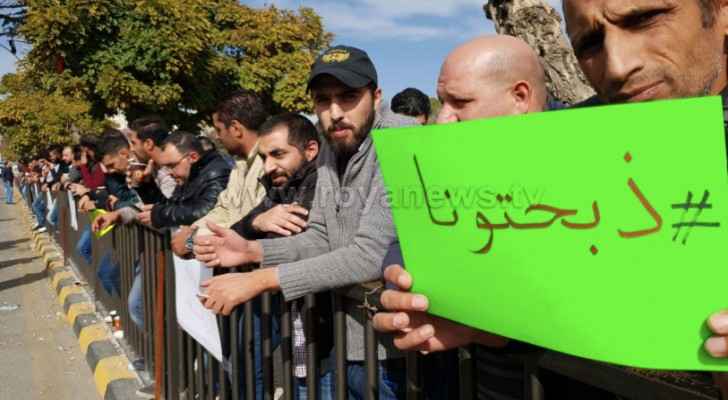 On Thursday morning, November 22, dozens of drivers protested outside the Jordanian Parliament, demanding that they are given more time to issue the licences that will allow them to legally work for ride-hailing apps.

The government had given the said drivers one week to issue the necessary licences, with today marking the set deadline.

Part of the protesters’ demands was to extend the licensing period by at least four months, to allow drivers to license cars that are ten-years-old and to have an official employment contract between them and the ride-hailing firms.

Other demands were to allow Gazans and the children of Jordanian mothers (and non-Jordanian fathers) to work for ride-hailing firms in the Kingdom.

Whether or not the government and the Land Transport Regulatory Commission (LTRC) will extend the licensing period or listen to drivers’ demands remains uncertain. But what is certain is that a large number of people in Jordan will always stand behind ride-hailing apps and advocate for their rights.