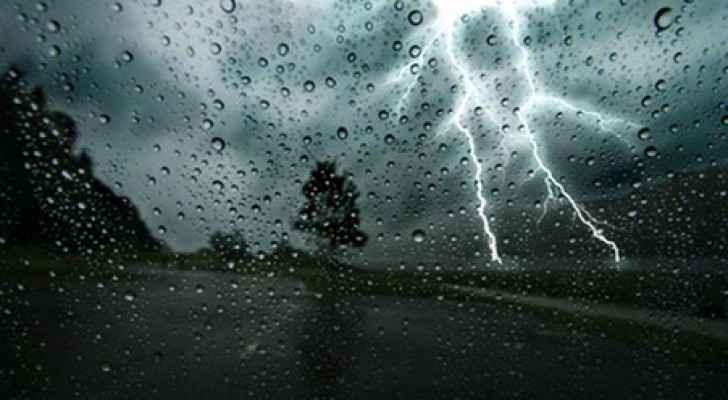 Today, Wednesday, November 21, 2018, daytime temperatures expected are to be moderate in most parts of the kingdom, with relatively warm weather in the Dead Sea and Aghwar areas, along with several high altitudes’ clouds and southern easterly winds.

At night, partly-cloudy to overcast skies are predicted, with a low chance of rain showers in different parts of the country.

Tomorrow, the kingdom will witness a slight drop in temperatures, as the weather will be partly cloudy, with scattered showers of rain and westerly winds.

On Friday, Jordan will be affected by a depression coming from southern Cyprus, which will bring a cold front, leading to significant drop in temperatures.

Weather will be relatively cold and partly cloudy in various parts of the Kingdom, with some rainfall, which may be heavy at times. Rain may be accompanied by thunderstorms and hail showers in some areas, which may cause flash floods in valleys and low areas. Moderate westerly winds are expected, according to Head of the Jordan Meteorological Department (JMD), Hussein al-Momani.

Momani added that Jordan will be affected by a cold front until Saturday, as the weather will remain relatively cold and partly cloudy with scattered rain showers, which are expected to be heavy at times and may cause floods in valleys and lowlands. During the night, there is a low chance of rain with southern easterly winds.

Momani called on citizens to be careful and to stay away from valleys, areas where flooding may occur and water bodies. He also urged people to follow up on weather conditions’ updates by visiting JMD official website (www.jmd.gov.jo), calling (4916190) or (4916191), visiting JMD Facebook page or by downloading the JMD application on their smartphones.

JMD calls for caution along with taking the following into consideration: