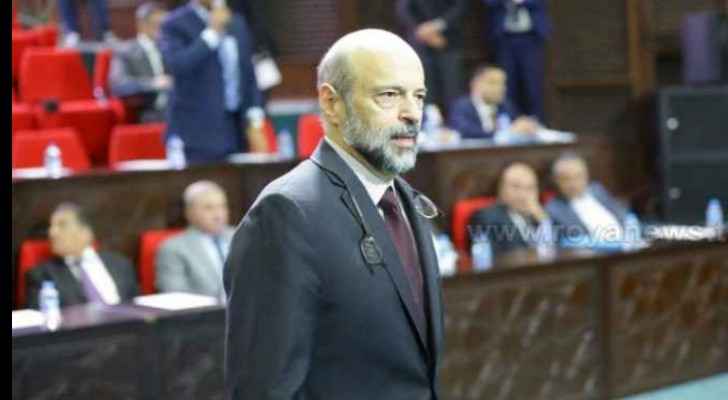 Razzaz said that the work will be prioritized to further boost public services, establish more job opportunities and enhance the economy.

He added that the work will be continuously monitored to ensure its efficiency and compliance with the 2018 general budget by measuring performance within a certain time-frame.

Razzaz stressed that the plan includes generating a total of 30,000 jobs and that the Cabinet will be launching a platform entitled "Khidmat Watan" (which translates to Serving the Nation) that aims to enroll 20,000 young men and women in vocational and military training.

In relation to the Education sector in the Kingdom, the government plans on increasing the number of children enrolled in kindergartens by 70% and to build 120 new schools.

Plans also include attracting further foreign investors and raise the percentage of foreign investments in the Kingdom by 10% as well as increasing the national exports by 5%.

The Prime Minister concluded that 35% of the Kingdom's electric power production will come from national resource by 2020.