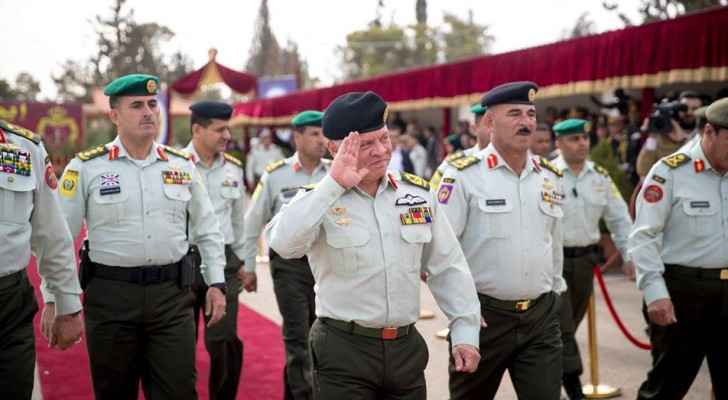 The ceremony was attended by His Royal Highness Prince Rashid bin El Hassan with the presence of several senior officials and JAF officers, as well as heads of security agencies, governors, military attachés in Jordan, in addition to families of the graduates.