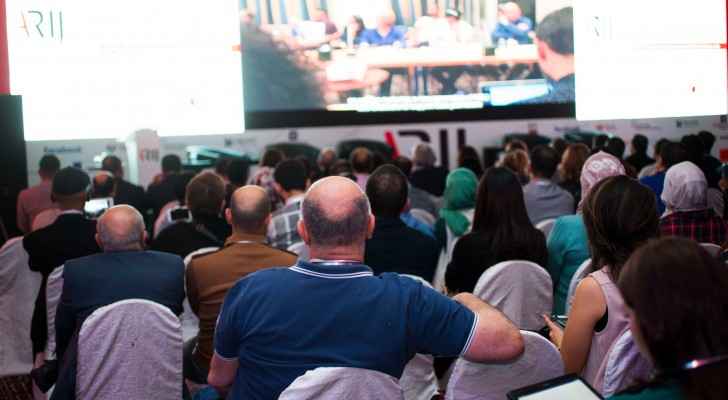 Amman, Nov. 17, 2018 – Award-winning ARIJ wants to give Arab investigative reporters at its upcoming 11th Annual Forum the chance to explore how technology and digital innovation can advance accountability journalism in the Arab world.

Yasmine Dabbous, chair of the ARIJ Board of Directors, said she hopes the cutting-edge agenda of the Nov. 30-Dec. 2 Forum at the Dead Sea will lead to more and better use of digital technology, and to more impact for the work being done by brave Arab reporters working against strong odds.

The Forum theme is going to be “The Future of Investigative Reporting: Trends, Tools and Technologies”.

“Technology is changing daily and so are journalism principles, practices and business models,” Dabbous said. “There is no constant in the field. For investigative journalists, the challenges are even bigger. How can you accurately relate all the facts in two minutes or, worse, in 40 characters? What is our role in a world where the line between facts and propaganda is blurred to the point where fact-checking barely matters?”

Dabbous added:“This Forum is an opportunity to network, ponder, brainstorm, and share. It is a chance for solutions to form and possibilities to materialize.”

Some 450 participants are expected from around the region and beyond at more than 50 training sessions and workshops.

Travel into the war-torn Arab states has become difficult. So, for a second year at the Forum, international media support groups will talk directly with their local counterparts in Yemen, Iraq, Syria, and Libya. At least five groups have scheduled meetings to coincide with it at the King Hussein Bin Talal Convention Center Managed by the Hilton, taking advantage of Jordan’s central location, and the ease of obtaining visas for many restricted nationalities.

Arab Journalists are coping with unprecedented muzzling of the media and rolling back of civil and political reforms since leaders began pushing back against the limited reforms ushered in by the brief Arab Spring of 2011. They face editorial controls inflicted by media funders who are often autocratic regimes, rival political parties, businessmen seeking political roles, and warring militias. The Oct. 2 assassination of Saudi writer and dissident Jamal Khashoggi exposed how far some Arab states are willing to go to silence challenges to the official discourse.

Doug Haddix, executive director of Investigative Reporters and Editors in the US, who will present at the Forum, said, “Despite dangers and obstacles, ARIJ is helping journalists across the Arab world strengthen their reporting skills and storytelling abilities…ARIJ is playing an increasingly important role in boosting investigative journalism in a part of the world that so desperately needs accurate information.”