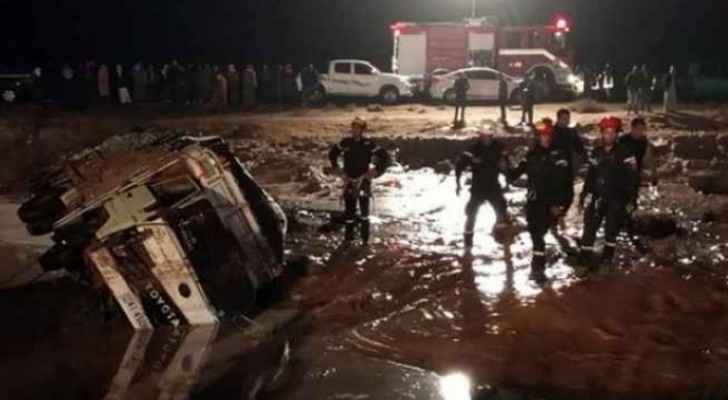 Ahead of the friendly match that will bring Jordan’s and India’s national football teams together for the first time in history, the Indian team voiced concern regarding the flash floods which visited Jordan in the past month.

According to kooora website, an extended conversation took place between a number of players from the Indian team and Striker Jeje Lalpekhlua concerning the recent floods in Jordan. However, the team stressed that it will be playing the game because of its importance in preparing for the Asian Cup.

"There is nothing one can do in cases of natural disasters. We have to accept this and move forward. We will play with our hearts and there will be no retreat from the game. Our hearts remain with the people of Jordan at these are difficult times," the team stated.

It is worth mentioning that the Indian team have not reached to Jordan until the moment, as it is still in Kuwait, because of the delay of flights due to the current weather conditions. The match between Jordan and India is set to be on Saturday, November 17, 2018.