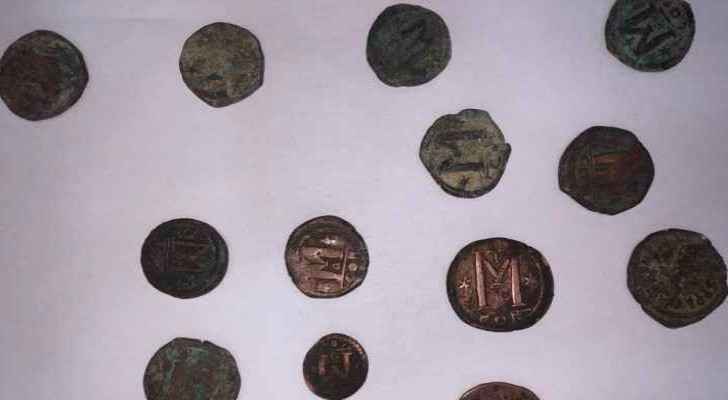 Preventive Security forces in Zarqa Governorate arrested four people in possession of ancient coins, in two separate cases, according to a security source on Wednesday, November 14, 2018.

The source said that Preventive Security was able to follow up on information received about two cases of historic coin possession in Zarqa.

In the first case, two people were arrested inside their vehicle after presenting the priceless coins for sale to a number of people.

In the second case, two others were arrested after displaying a collection of antique metal coins for sale, 29 antiquities were seized.

The source added that the coins were sent to the Department of Antiquities, which confirmed that they all have historical value.