Four terrorists were killed during the high-risk operation. (The Jordan Times) 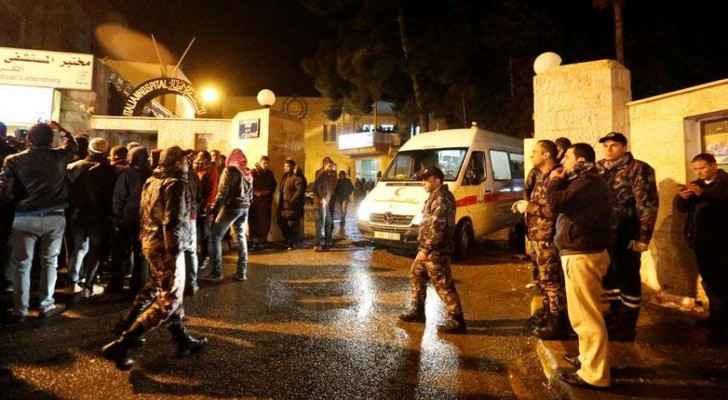 Jordan’s State Security Court (SSC) on Tuesday, November 13, issued sentences ranging from death to imprisonment for the persons who carried out a terrorist attack in the Karak Governorate in December 2016, killing 12 people, including one tourist, civilians, and members of the Darak forces and Civil Defense.

Brothers Hamzah and Khaled al-Majali were sentenced to life in prison, after the court had previously issued them the death sentence. The court amended its sentence after taking into consideration the brothers’ young age.

Meanwhile, brothers Mahmoud and Issa al-Masarweh, Waleed al-Qarawneh, who remains at large, were each sentenced to 15 years in prison with hard labour.

Suspect Sulaiman Abed al-Qshoor was declared innocent after not finding enough evidence to incriminate him.

The events kicked off when the attackers stormed the southern city and fired at police patrols and civilians, before heading to the Karak Castle, taking hostages with them.

Four terrorists were killed during the high-risk operation.