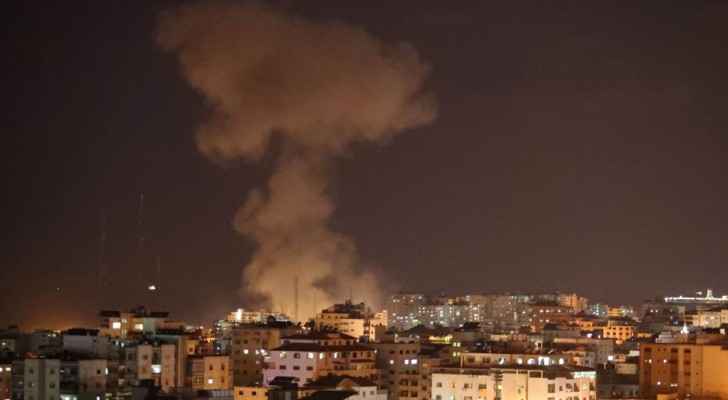 Israeli air raids on the Gaza Strip killed at least five Palestinians on Monday (November 12), while one Israeli civilian died in a barrage of rocket fire, in what is “the worst violence between the two sides since the 2014 war,” Al Jazeera reported.

The headquarters of Hamas’s Al Aqsa TV were targeted by Israel’s rockets on Monday, destroying the building just minutes after it was evacuated. There was no immediate word of casualties.

The moment when Israeli warplanes bombing the building of Al-Aqsa TV.

Earlier in the day, Gaza launched a massive rocket attack on Israel.

While Israel’s Iron Dome system intercepted many of the 300 missiles fired from Gaza, one of the rockets hit a bus that had just unloaded a group of Israeli soldiers, while another rocket struck a building in southern Israel, Al Jazeera reported.

A woman recovered from the destroyed building in Ashkelon is in critical condition, while one Israeli man was found dead under the debris, said the organisation United Hatzalah.

The IDF said that at least 28 soldiers were wounded in the projectile fire from the Palestinians.

This comes just 24 hours after at least seven Palestinians were killed during a covert Israeli mission near the city of Khan Younis in the besieged enclave, after which more than 10 rockets were immediately fired from Gaza as the Israeli forces carried out air raids.

"But they've also subjected their own Israeli population to the retaliatory operations of the Palestinian resistance factions," he said.

Abunimah noted that Israel has a long history of "sabotaging" ceasefire agreements.

"You would think that after Israel violated numerous ceasefires with similar results they would learn the lesson, but it seems the Israeli leaders are pyromaniacs. They cannot tolerate calm. They cannot tolerate that the people in Gaza live in anything like peace. Israel is incapable of living in peace and calm with the Palestinians," he said.

Meanwhile, UN Secretary-General Antonio Guterres urged all sides to back down.