Razzaz briefed about the violations on November 12, 2018. 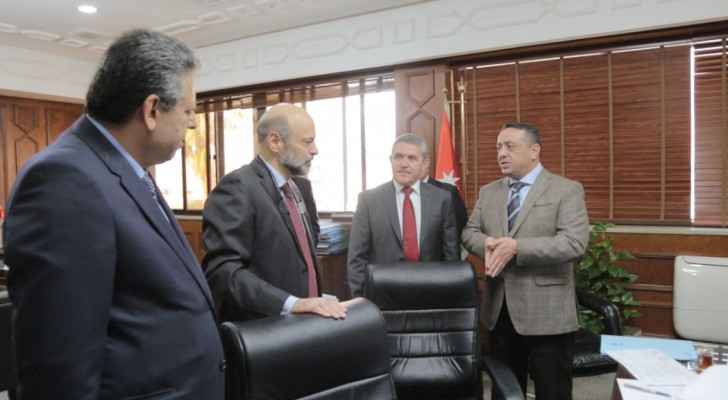 Jordanian Prime Minister, Omar Razzaz, was briefed by the investigative team on November 12, 2018 about the recent developments in the ongoing inspection regarding various violations that were revealed by the Audit Bureau’s recent report.

Razzaz approved the team’s recommendations, which advised transferring 30 new violation cases –linked to a number of municipalities in the Kingdom– to the National Integrity and Anti-Corruption (JIACC).

Razzaz also ordered the retrieval of payments which were, recently, spent in a number of municipalities in an illegal manner.

Secretary-General of the Prime Ministry, Sami Daoud, briefed Razzaz on the number of violations that have been dealt with and the mechanism used in correcting them, stressing that each case is separately examined and dealt with according to recommendations, after briefing the Chairman of the Finance Committee.

Daoud pointed out that the number of violations that have been referred to JIACC has reached 41 cases so far, in addition to dozens of cases that included refunding the spent money associated with the violation, while many others are awaiting the decision of the Council.

During today’s meeting, the team reviewed violations made by municipalities, eight of which were referred for further review, while six others were corrected according to the Ministry of Municipal Affairs’ regulations and procedures.